What You Should Know About Colorectal Cancer

One of the most common types of cancer diagnosed in the UK is colorectal cancer. It is also known as colon, rectal or bowel cancer.

What causes this type of cancer isn’t known, but it is thought to include diet and lifestyle choices like being overweight, eating a lot of red or processed meats and smoking and alcohol consumption.

Other factors that are thought to cause bowel cancer are being 60 or over or if you had a family member die of the condition before the age of 55.

The signs of bowel cancer

One of the main signs that you may have bowel cancer is blood in your poo. You’ll notice it when you clean yourself as there will be blood on the toilet roll.

Another symptom is a change in your bowel habits. For instance, you start to have watery poo. Or you start to poo more often than normal.

Weight loss, pain in your lower abdomen and bloating are also signs to look out for.

See your doctor if you have these symptoms for more than a couple of weeks. It could be that you have another condition with similar symptoms.

Haemorrhoids (piles) can cause discomfort and bleeding. Stomach ache could be indigestion or trapped wind and watery poo can be caused by something you’ve eaten.

If you go to your doctor with bowel symptoms it is likely that you’ll have a blood test to see if you have an iron deficiency. An iron deficiency can signal blood loss from the bowel.

A colonoscopy allows a doctor to see into your bowel. You’ll be given a sedative and then the doctor will gently put a long thin tube into your

The doctor will be able to see if you have any polyps. Polyps are small growths that may turn into cancer. If any polyps are found, they are removed during the procedure.

The doctor may also take a piece of your bowel (a biopsy) to send to the laboratory for further testing. As well as bowel cancer you’ll be tested for ulcerative colitis or Crohn’s disease.

The procedure takes between 30 and 45 minutes and you should have your test results back within 3 weeks.

If you are 60 or at risk of bowel cancer, the NHS will give you bowel cancer screening every two years. You’ll be given a screening kit that allows you to collect a small sample of your poo. The sample is then tested and if the laboratory finds anything unusual, they will inform your doctor. More information on the NHS website.

If a large amount of your bowel is removed, you may have to wear a stoma bag temporarily or permanently. This means your poo passes into the stoma pouch rather than passing through your bowel. The operation is called a colostomy.

Or you might have to have chemotherapy or radiotherapy to stop the cancer from spreading with medicine or radiation.

Reducing your risk of bowel cancer

You can reduce your risk of bowel cancer by making lifestyle changes. If you are overweight, try to achieve a healthy weight with diet and exercise. Reduce the amount of alcohol you drink and try to stop smoking. Eat healthily with plenty of fibre, avoiding too much red meat and processed foods.

If you want to know more about bowel cancer have a look at the bowel cancer UK website which has a lot of information about the treatments and support available.

If you need advice about medication for mild stomach problems like diarrhoea, indigestion, or trapped wind then speak to your pharmacist who will advise you. 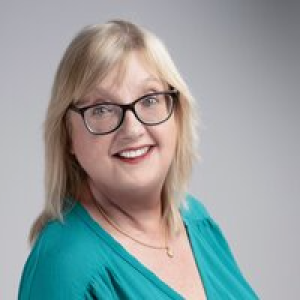 Hello, I am one of VSM's resident wordsmiths. I'm here to share information with you about health issues, nutrition and general health tips. I first became interested in health after spending my school holidays at the small nursing home my Nan owned. Always check with our pharmacist or a team member if you have any questions about our content.
PrevPreviousHow to stop coughing at night
NextWhat can cause extreme itching without a rash?Next